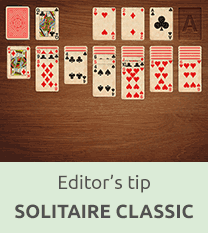 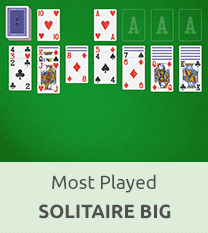 Do you want to play a game of Patience? No, you aren’t hearing a mother speaking to her young child about waiting their turn… Rather, Patience, Solitaire and Klondike are all names used to refer to the game we typically know by the name of Solitaire. While most people are familiar with the game primarily from playing it on a PC or laptop, this, of course, is not where the game’s origin lies. Precisely where the game does come from is not known, but there are several theories about the history and heritage. Let’s take a look at several.

We know with a high level of certainty that Solitaire, and similar card games, date back to the Middle Ages. Around this time, playing cards made their appearance in Europe, arriving from China and India. The language of the game plays some role in why it is believed that these type of card games originated in France. For example, the game uses French terms such as “tableau.” Also, antique French books describe games that have significant similarities to Solitaire. Interestingly, there is even a theory that Napoleon Bonaparte himself invented the game. We know the former French commander spent years in exile on the island of St. Helena, and some have theorized that he devised and played the game out of boredom. In support of this theory, there is even a version of the card game called “Saint Helena Solitaire.”

For this theory, it is vital to keep in mind that during the Middle Ages, boundaries were significantly different than they are today. They weren’t so clearly delineated and sharp; therefore, language and culture gradually blended from region to region. This makes it difficult to definitively ascertain that Solitaire originated in a given country based on books from present-day France. The first book to describe the game in its current form was written in German but referred to the game by a Spanish name: l’Hombre. The book was published in 1788—before Bonaparte’s exile—with the title “Das neue Königliche l’Hombre-spie.l” The publisher, “in der Heroldschen Buchhandlung,” published books describing popular games throughout the 18th century.

Another theory points to Eastern Europe as the birthplace of Solitaire. It is believed that the Roma, specifically fortune tellers, naturally involved various playing cards in their activities. Therefore, they have been occasionally credited with the origins of the game. Success with Solitaire was supposed to mean success in life, whereas those who lost every time were expected to fail at becoming prosperous and successful.

The Move to Digital

Regardless of its origins, Solitaire has become a staple in the history of technology in modern times. In the 1990s, the personal computer suddenly appeared in households worldwide. While it was a somewhat bulky cabinet unit that you couldn’t do much with and, for what you could do, you needed a floppy disk, it came with one key benefit… games! Fortunately, one of the most enjoyable components of early operating systems did not require a floppy disk—Solitaire. Instead, the game was one of several installed by default on devices with a Windows operating system. This convenient placement allowed masses of people to become familiar with the game and learn to love it. 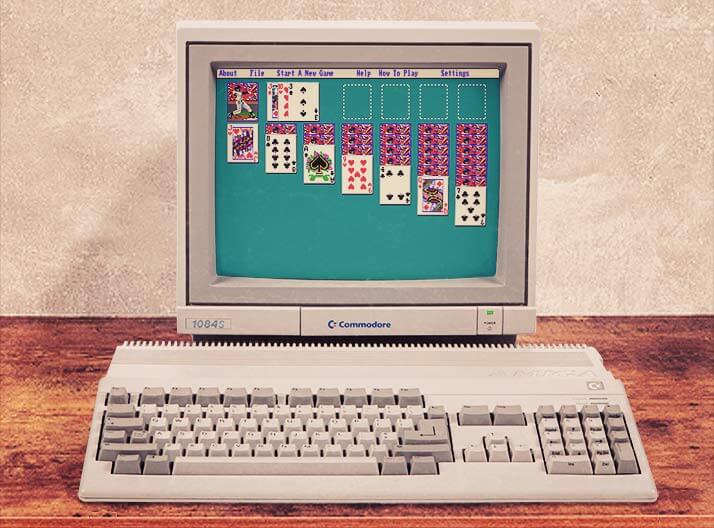 Before the game became well known through Windows, the foundation was laid for playing Solitaire and other simple (card) games on the PC. For example, Solitaire Royale was the first digital version, dating back to 1987. It was created by Brad Fregger, Michael Sandige, and Jody Sather on behalf of software developer Spectrum Holobyte. Initially, it was available for the Apple IIGS, Commodore Amiga, MS-DOS, and Macintosh. While the game was revolutionary for its time, its sixteen-color design would be nothing special by today’s standards. Solitaire Royal sought to appeal to multiple audiences by including several other solo games such as Calculation, 3 Shuffles and a Draw, Corners, Pyramid, Reno, Golf and Canfield.

This release set a good precedent and showed companies that this type of solo gaming appealed to early PC users, and soon others began developing digital card games. While most were well received, they were only played by a limited audience as, generally, people still did not have an in-home computer in the late 1980s. However, during the 1990s, that began to change dramatically when Microsoft added Solitaire and other card games to the Windows 3.0 operating system by default. Fascinatingly, computerized Solitaire became a game that many people played for the first time in the early 1990s but was developed in 1988.

Nowadays, fans of solitaire games would be hard-pressed to complain about the variety of games amidst the very diverse selection available for the smartphone, tablet, game console, and, of course, also for the PC or laptop. However, many people still prefer regular “old” Windows Solitaire despite this huge variety! Fortunately, you can conveniently visit our free Solitaire website to access this game any time you like.